As one of only four dedicated consultant peripheral nerve surgeons in the UK, Anthony provides world-class nerve and tumour surgery. 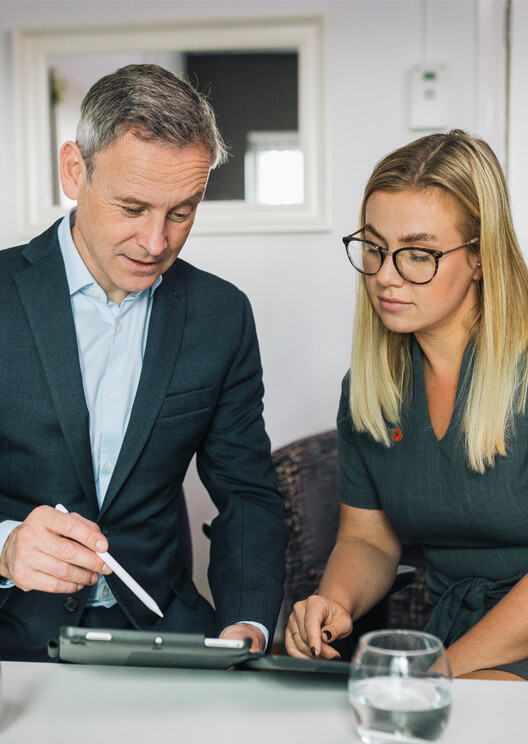 The brachial plexus is a group of five nerves that emerge from the neck and join together to form a network that supplies the arm. There are many conditions that can affect the brachial plexus including compression, tumour formation and injury.

Such problems with the nerves are often referred to as lesions and a lesion of the plexus can result in pain, altered sensation, loss of sensation, weakness or paralysis of some or all of the muscles of the arm. Many of these conditions are treatable provided they are seen early enough.

If you have been diagnosed with a brachial plexus injury, a tumour of the plexus or have thoracic outlet symptoms (compression affecting the brachial plexus) then early intervention is recommended.

Recovery can take weeks or months and there are many factors that influence the final results and functionality.

How are brachial plexus lesions diagnosed?

Damage to the brachial pleuxs is diagnosed by taking the history of the complaint (telling Anthony during your consultation what the problems are that you are currently experiencing with your arm), clinical examination and then specialist investigations as directed by the examination findings.

The specialist tests most frequently requested include MRI scans, ultrasound scans and nerve conduction studies (looking how well the nerves are conducting electrical impulses and how healthy the muscles are). If the concern is that you have developed a growth in your brachial plexus, a tissue sample (biopsy) may often need to be obtained in order to make a definitive diagnosis prior to any surgery.

Often surgery is not necessary. Many injuries recover by themselves, and compression syndromes frequently respond to physiotherapy. The decision to operate or not is a joint one based on your wishes and the treatments that you have had or not had previously. Anthony will give you all treatment options and the pros and cons of each. All of the potential risks of surgery will be discussed and you will have the opportunity to ask as many questions as you wish.

What does brachial plexus surgery involve?

Depending on where the lesion to the brachial plexus is, the timing of the surgery (is it soon after the initial problem occurred or is it now many months down the line?) and the severity of the problem, the surgery can involve one or more incisions.

The initial incision is usually either at the base of the neck or just in front of the shoulder. Depending on what the problem is further incisions may be necessary. Anthony will go through all the possibilities with you regarding potential incisions during your consultation.

Here is a brief video describing the incisions commonly used and the video will also take you through how the brachial plexus is exposed during surgery (if you are not keen on the sight of blood, however, don’t worry it is an animated video with no real blood in it).

How long will I be in hospital?

For most brachial plexus operations you will only need to stay in hospital one or two nights at most. For more complex reconstructions involving muscles being moved from one part of the body to another, or if the nerves from the chest are needed to provide a new source of electricity to the muscles in the arm, then this may be increased to up to a week.

What else do I need to know?

Discover nerve surgery in more detail in the articles below…

A new study has revealed the best timing for patients to undergo Brachial Plexus surgery. There has been a lot of debate over when surgery should be performed. In some cases, the condition can spontaneously go away by itself. This means surgeons often prefer to delay an operation to see whether it is actually required. However, if surgery is delayed for too long, it is known to result in a poor functional outcome.

Now, surgeons have a much better idea of when surgery should be performed in order to generate the best outcome. Below, you’ll discover more about Brachial Plexus injuries and when they should be treated in accordance with the study’s findings.

What is a Brachial Plexus injury?

Brachial Plexus injuries occur when sudden damage is caused to the Brachial Plexus nerves. Located within the neck, upper chest, shoulder and arms, this network of nerves is responsible for the sensation and movement of the arms and hands. Therefore, any trauma will result in loss of feeling, movement or weakness within the shoulder, hand or arm.

How is it diagnosed and treated?

Brachial Plexus injuries can vary greatly in severity. In order to diagnose the condition, a physical examination will first be performed. Several tests may then be carried out including an Electromyography (EMG), nerve conduction studies, MRI scanning and a series of X-rays.

Treatment will largely depend upon the severity of the condition. In mild cases, surgery is unlikely to be required. If the nerves have simply been stretched, they will often heal themselves. Physical therapy can also prove useful for milder forms of the condition.

If the injury is severe, Brachial Plexus surgery will usually be required. There are different types of surgery which can be used including a nerve graft, nerve transfer and muscle transfer procedure. The surgeon will identify the best surgical method dependent upon the severity and type of injury.

When is the right time to undergo surgery?

The new study involved first carrying out a systematic search to find related studies into the timings of Brachial Plexus surgery. Patients in these studies were divided into five different delay groups, ranging from 0 to 3 months to over 12 months before surgery was performed.

There were 43 studies included, and most showed surgery performed within three months had the best chance of success. The shorter the delay, the better patients scored in terms of quality of life and pain.

Giving the three-month delay allows plenty of time to see whether the injury is likely to correct itself. Longer delays showed a poorer result outcome, while patients also struggled with increased pain and lack of mobility.

This new study will prove crucial for surgeons and patients. It clearly shows the benefits of treating Brachial Plexus injuries early, recommending that surgery is performed within three months. Patients who are experiencing pain or weakness within the shoulder and arms should first undergo a proper diagnosis to determine the issue is down to a Brachial Plexus injury.