Personalised care at a hospital close to you with a comprehensive five-year structured follow-up programme and fully BAAPS and BAPRAS accredited surgeon.

Inverted nipples occur due to retraction of the ducts connecting your nipples to the underlying breast tissue. This is corrected by dividing these ducts and then stopping scar tissue forming between the cut ends of the ducts and pulling the nipple back inwards.

If you have not completed your family, plan to have further children and would like to breastfeed, it is important to realise that by cutting the ducts between the breast tissue and the nipple it is likely that you will be unable to breastfeed.

You should see the final results at 3 months post-procedure, but your scars will continue to improve over the next 12 months.

What are inverted nipples?

Approximately 10% to 20% of women suffer from flat or inverted nipples and this very common breast condition can cause a great deal of distress and embarrassment for women and often impacts on personal relationships.

Most women are born with inverted nipples, due to the milk ducts being too short, but sometimes the nipple can become inverted after pregnancy or breastfeeding.

If your nipple(s) have become retracted recently with no obvious cause, though, it’s important to seek medical advice to rule out a more serious medical condition.

The severity of nipple inversion can be evaluated on an approved scale and during an initial consultation with Anthony he will assess the degree of inversion before recommending the appropriate course of action.

Grade one: this is the most minor degree of inversion and the nipple will typically lie flat but may respond to stimuli such as touch or temperature changes and become everted for a period of time.

Grade two: the nipples have a more inverted appearance and although they may become everted when stimulated they usually return to an inverted position immediately afterwards.

Grade three: this is the most severe grade with very short milk ducts or breast tissue scarring that’s causing constriction and the nipples will usually remain inverted at all times.

How is surgery performed?

Surgery entails making an incision at the base or around the nipple and then dividing or separating the milk cuts so the nipple can sit in an everted position. Dissolvable internal stitches are used to keep the nipple in the correct position while it heals.

Surgery is typically performed under a local anaesthetic as a day-case procedure. Patients are usually able to return to work and normal activities within just a few days.

After surgery, Mr MacQuillan will advise you on how to look after your nipples to ensure that no external pressure will cause them to retract. Mr Anthony MacQuillan is also able to reshape or reduce the size of the areola in a nipple reduction procedure.

Are there non-surgical alternatives?

Yes, there are – including manual manipulation techniques and the Niplette suction device, and their effectiveness depends on the degree of inversion. Patients with grade three inversion will not typically respond to non-surgical options.

Are there any risks of surgery?

Inverted nipple correction surgery is a relatively straightforward surgical procedure with minimal risks. Expect a small amount of discomfort, swelling and bruising after the procedure but this should have fully subsided two to three weeks after surgery and any scarring should be well hidden in the border of the areola. Some patients may experience a loss of sensation afterwards, but this should return to normal as the body heals.

Can I breastfeed afterwards?

Surgically, an inverted nipple correction can leave the milk ducts intact but it’s not always possible to guarantee the patient will have the ability to breastfeed at a later date.

However, it is important to realise that many women with inverted nipples are unable to breastfeed naturally. Nipple correction surgery can greatly improve the appearance of the nipples, achieving a natural and long-lasting projection. 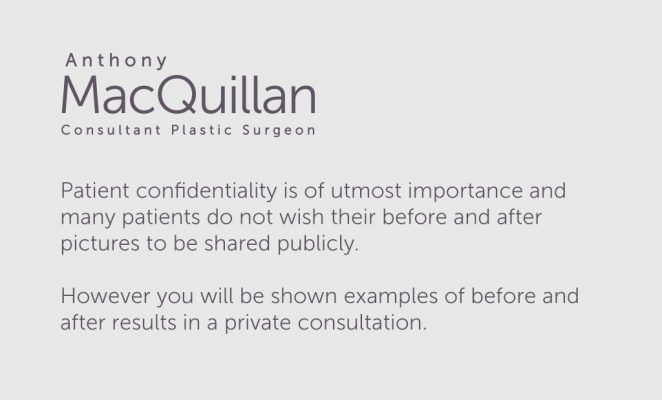 Inverted nipples are thought to affect approximately 10% to 20% of women in the UK. While the majority are born with the condition, they can also occur due to sudden, dramatic weight loss.

The condition varies in severity and is categorised by different grades. Understandably, it can cause distress and embarrassment to patients, as well as issues within their relationships.

Inverted nipple correction can help those living with the condition regain their confidence and enjoy a better quality of life. If you are considering undergoing this cosmetic treatment, below you’ll discover answers to some of the most frequently asked questions about the procedure.

#1: Will I need to stay in hospital after surgery?

Inverted nipple correction is usually carried out as an outpatient procedure. This means patients rarely need to stay in hospital overnight. The surgeon will be able to advise you of whether you will be required to stay overnight for any reason. However, you will likely be able to leave the same day as the procedure.

#2: What does surgery involve?

Inverted nipple correction surgery is an effective way to treat the condition. There are a number of techniques which can be used depending upon the severity of the inversion. The PITANGUY method is most commonly used, resulting in minimal scarring and retained sensation within the nipples.

The centre of the nipple and the areola will be cut, allowing the surgeon access to the fibres underneath. These fibres are released to prevent them from pulling the nipples downwards before the incisions are closed with dissolvable stitches. Three lines of stitches are used, with one forming the shape of a cross inside the areola, one inside the nipple and then a final line within the skin.

The method used may differ depending upon the grade of inverted nipples being treated. Mr Anthony MacQuillan will talk you through the surgery during your consultation.

#3: How should I prepare for surgery?

All patients should be generally healthy at the time of surgery. If you are a smoker, you will need to quit at least two weeks before the surgery.

#4: Are there alternative treatments?

Suction devices are available to treat inverted nipples. However, these aren’t always effective, and results tend to be minimal. Inverted nipple correction surgery is the best way to treat the condition, offering long-lasting results.

#5: Will I be able to breastfeed after the procedure?

As a result, you may want to delay surgery until after you’ve had children – although it’s also worth bearing in mind that women with very pronounced inverted nipples often find it challenging to breastfeed.

#6: Other risks and complications to be aware of.

Like any surgery, there are some risks and complications associated with inverted nipple correction. These include bleeding, scarring, infection, swelling and pain. Bleeding and infections are quite rare, but pain and swelling are common during the first few days following the surgery.