Aim of the procedure is to remove any excess skin from the upper lid that is causing hooding of the lid and giving eyes a tired appearance. 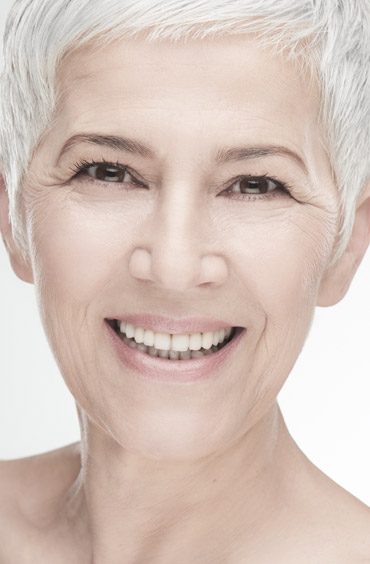 It is often combined with modifying the appearance of any fat that is protruding through from behind the eye (this is done by either tightening the layer separating the fat surrounding the eye within the orbit from the lid or by removing the protruding fat).

If the mechanism responsible for holding the upper lids open is slack and is causing the lids to droop (ptosis) this can also be repaired in conjunction with an upper lid blepharoplasty. Overall the aim is to rejuvenate the appearance of the upper lid.

Personalised care at a hospital close to you with a comprehensive five-year structured follow-up programme and fully BAAPS and BAPRAS accredited surgeon. Prices from £4000

After 6 weeks your eyes will appear rejuvenated, but there may be some mild swelling present for a few months.

What does eyelid surgery (blepharoplasty) involve?

The excess skin on the upper lid is marked out and removed. Often, there is herniation (protrusion) of the fat that cushions the eye, out of the socket, into the upper lid (making the lid look puffy).

This is addressed by either re-tightening the soft tissues holding the fat in place or removing some of the fat. The wound is closed where the natural eyelid crease should be, giving the lid back its youthful appearance. Fine dissolving sutures are used for this and you will be given eye drops to take regularly for two weeks following the surgery.

What happens when I come into hospital?

You will come into hospital on the day of your blepharoplasty and be admitted to your room. You will be seen by Anthony in your room, and he will run over the surgical plan with you one final time. You will be reviewed by the consultant anaesthetist who will be putting you to sleep (if this is applicable to you), and given the opportunity to ask any questions you may have regarding the anaesthetic. When you are ready, you will be taken down to theatres for your operation.

How quickly will I recover?

Following your blepharoplasty, you will need to sleep sitting up for the first two to three nights. You will have some swelling of the lids and there may well be some bruising. The bruising should resolve completely within one to two weeks.

The swelling will start to resolve quite quickly following the procedure however the portion of the lid above the incision can remain slightly swollen for six to nine months following the operation and hence you have to wait to see the full benefits of the operation, though you will notice an immediate post-operative improvement.

Anthony uses the latest 3D scanning technology to create before and after visuals that give you a realistic view of the results.

Discover eyelid surgery in more detail via the articles below…

Blepharoplasty makes top five cosmetic surgery procedures in the US

New figures released by the American Society of Plastic Surgeons (ASPS), have revealed the top five cosmetic surgery procedures in the US. Unsurprisingly, breast augmentation, liposuction and nose reshaping made up the top three spots on the popularity list. However, at number four, there was a newcomer to the list this year – blepharoplasty, or eyelid surgery.

The number of patients seeking blepharoplasty has increased significantly in recent years. So, why has the eyelid lift procedure become so popular and how is it carried out?

The rise of the blepharoplasty

According to figures released by ASPS, eyelid surgery accounted for 206,529 procedures in America in 2018. This was up by 1% from the previous year. However, it’s not just the US which is seeing a rise in this type of surgery.

The International Society of Aesthetic Plastic Surgeons (ISAPS) released figures back in 2014, which showed double eyelid surgery was more popular than a nose job in both the US and UK.

What benefits does the eyelid lift provide?

So, what’s driving the popularity of eyelid surgery? Largely, patients are now more aware of the benefits blepharoplasty can provide. In particular, eyelid surgery is known to be an excellent alternative to a facelift. If the eyes are the only area of the face showing the signs of ageing, blepharoplasty can be used to fix the issue, without the more invasive surgery that a facelift entails.

In the hands of an experienced surgeon, eyelid surgery can also help to:

Your eyes are the first thing people see when they meet you. Therefore, if they do appear tired, older with excessive, sagging skin, it can really affect self-esteem. Eyelid surgery can help to reduce the signs of ageing around the eyes, as well as eliminate dark circles to make you look a lot less tired.

How is the procedure performed?

The actual procedure will depend upon whether you are undergoing surgery on the upper, lower or both eyelids. The surgeon will typically make incisions in the crease of the upper lid and just below the lashes in the lower lid. It’s also possible to make an incision through lower lid conjunctiva, avoiding an external incision. Through these cuts, any excess fat and skin can be removed, and sagging muscles can be tightened.

Patients are often concerned about scarring they may be left with, particularly in such a visible area, but due to the natural folds and contours of the eye, a skilled plastic surgeon can ensure the incisions are well hidden. Also, the thinner, delicate skin on the eyelid typically heals very well.

Something you’re concerned about?
Anthony is happy to answer any questions you might have about a treatment.
Make an Enquiry